Skip to content
Patna. Preparations for the Bihar Assembly are in full swing. For the first phase of voting, all the candidates are campaigning vigorously in their area. But this time the equation of almost every seat has changed. The reason for this is the Lok Janshakti Party (LJP) contesting elections separately from the NDA, on the other hand the RJD-ML (CPI-ML)-Congress (INC) coming together. However, a similar interesting contest was seen in the 2015 elections as well. Then JDU-RJD-Congress (Mahagathbandhan) fought together against NDA. The election results came in favor of the Grand Alliance and Nitish Kumar again became the Chief Minister. But within two years, Nitish again joined the BJP after separating from Lalu. 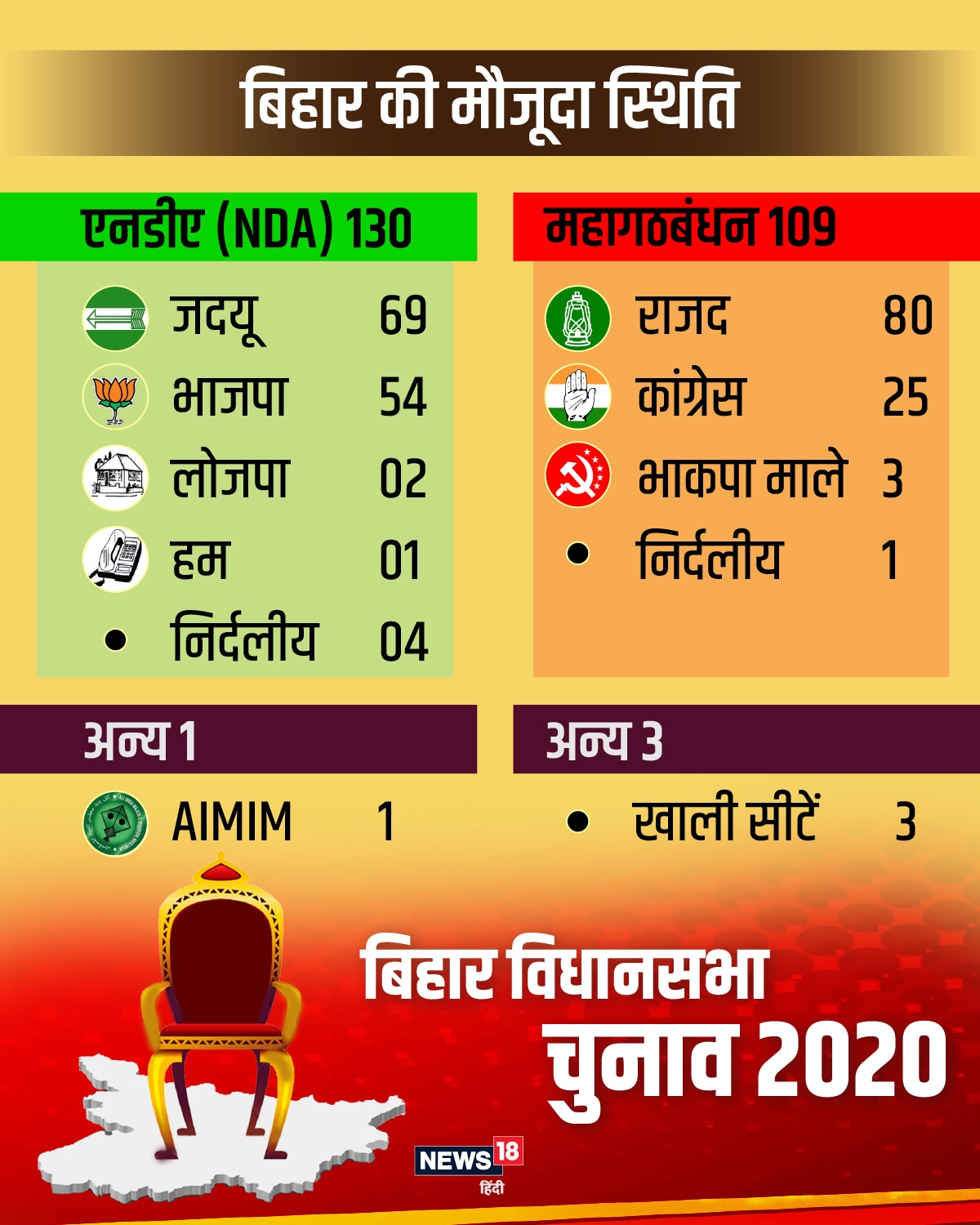 So this is the current situation of Bihar How was the government formed in 2015?

In the year 2015, Nitish Kumar’s party JDU, along with RJD, entered the Bihar Assembly under the Grand Alliance. In this, RJD got 80, JDU got 71, Congress got 27 seats. In this, the vote share of JDU was reduced by about 5 percent as compared to 2010. Whereas, the vote share of BJP, which contested separately from JDU, increased to about 8 percent. Elections were held twice in 2005

Elections were held twice in the year 2005, as no party had an absolute majority. Lok Janshakti Party could have proved to be a game changer, but it refused to form government with any party. In such a situation, elections were held again in October 2005, when JDU won 88 seats and BJP 55 seats and easily formed the government. In the year 2015, 6 national parties were in the fray for the Bihar Legislative Assembly, while 4 state level parties, 9 other state parties besides 137 unrecognized parties also participated in the electoral riots. At the same time, 2 independent candidates also tried their luck in this Mahasamar. At the same time, the voting percentage is also increasing continuously in the last 3 elections. Where there was 45.85 percent voting in 2005, it increased to 56.66 percent in 2015.